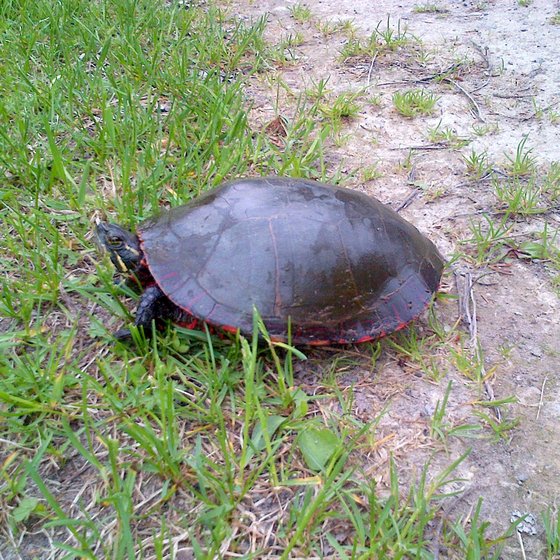 Earlier this spring, the Committee on the Status of Endangered Wildlife in Canada (COSEWIC) designated the midland painted turtle (pictured above) as a species of Special Concern. That means that all of Ontario’s turtle species are now on the list.

Local populations in Cootes Paradise and Spencer Creek have fared better in recent years thanks in part to the efforts of the Dundas Turtle Watch volunteer group and the Royal Botanical Gardens (RBG). Following the success of RBG’s efforts to fence their property along the north-east side of Cootes Drive, Hamilton Conservation Authority (HCA) added a similar fence to HCA property on the south-west side of the road in 2016.

While these fences have been successful in helping to reduce turtle fatalities on Cootes Drive, it has not eliminated them. In order to build on these successes, the Foundation is now raising $15,000 to complete the turtle fencing project and fence the remaining 250 metres of unprotected roadway. This will add to the existing 420 metre section and a previously planned 280 metre extension. This will stretch the fence the full 950 metre distance between the Spencer Creek bridge and a culvert passageway to the west of the fence.

The vast majority of turtles found in the area are either snapping turtles or midland painted turtles. For these threatened species, added protection can’t come soon enough.