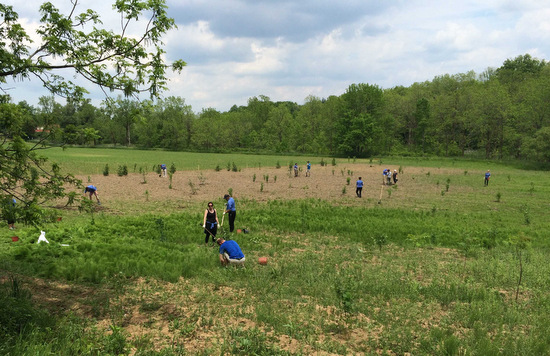 Over 30 staff from two RBC branches came together back in the summer on June 2nd to plant 170 large native trees and shrubs on a farm property in the Logies Creek Subwatershed within the Spencer Creek Watershed. The residents of the property had contacted the Hamilton Watershed Stewardship Program in 2015 as they had decided to retire a portion of their leased agricultural lands and allow for an accelerated regeneration and naturalization of 1.5 acres with a robust diversity of native plant species.

The RBC staff’s time spent volunteering was invaluable to seeing this project through. Thank you to RBC not only for their staff time but also for their donation.  The native plants that were purchased and planted will help to recreate a natural landscape that will provide wildlife habitat for years to come.

It was a great day, and on the day, the Hamilton Watershed Stewardship Program and the Dundas Valley 50 Year Vision teamed up to coordinate this volunteer event. 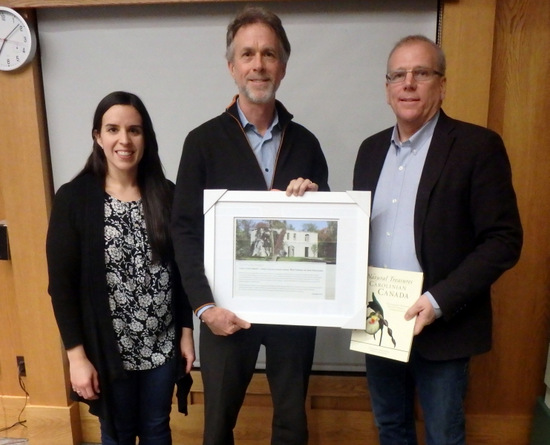 Mark and Joany’s support is much greater than their financial contributions. Their passion for conservation is infectious and has inspired gifts from enough of their friends to build a whole new community of supporters. Without that community, projects such as the Maplewood naturalization in the Dundas Valley CA, the Canal Park project and the Hermitage restoration simply would not have been successful.

For their leadership and support, we cannot thank Mark and Joany enough. 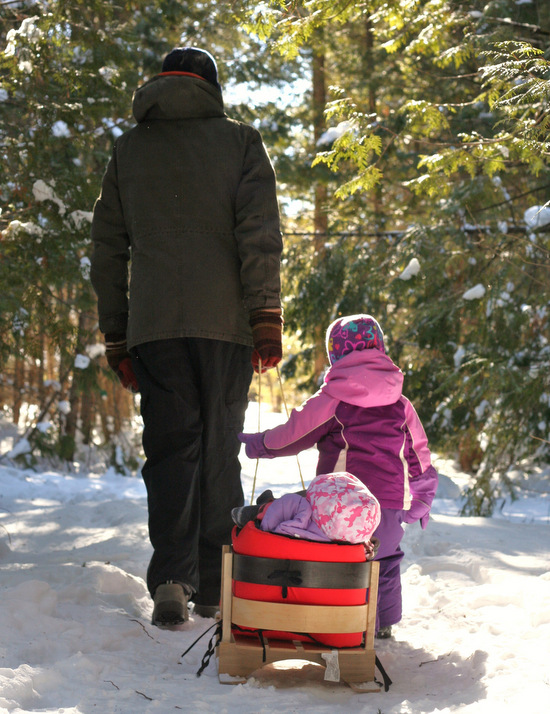 As we reach the end of 2016 everyone at the Hamilton Conservation Foundation would like to thank you for your role in making this a great year for our watershed. Plans came together for two new Conservation Areas, at Westfield Heritage Village and on the East Escarpment. Over 8,000 students explored the Dundas Valley CA with their classmates and a new trail system is nearing completion at the Fifty Point CA.

None of this would have been possible without your generosity.

Future generations don’t know yet, but you’ve given them a great gift this holiday season. More of our watershed’s natural areas are protected than ever before.